print
DUSHANBE, 04.07.2021 (NIAT Khovar) – Today at 18:00, an armed group of the Taliban movement occupied the Khwahan County of Afghan Badakhshan Province without a fight, reports the Press Center of the Border Troops of the State Committee for National Security of Tajikistan.

In order to save their lives, 94 servicemen of the Afghan Armed Forces retreated, crossed the state border and entered into Tajikistan through “Shohon” area of the “Shamsiddin Shohin” border detachment.

The Tajik border guards guided by the principles of humanism and good neighborliness, allowed the Afghan servicemen to enter the territory of Tajikistan.

While considering the difficult situation in the mentioned area of the state border, there is a possibility that the Afghan servicemen will continue to cross into Tajikistan.

The situation on the border between Tajikistan and Afghanistan is under the full control of the Tajik border guards.

President of the Republic of Tajikistan 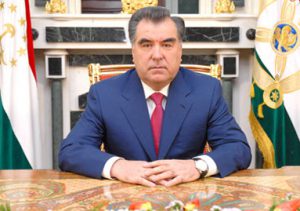